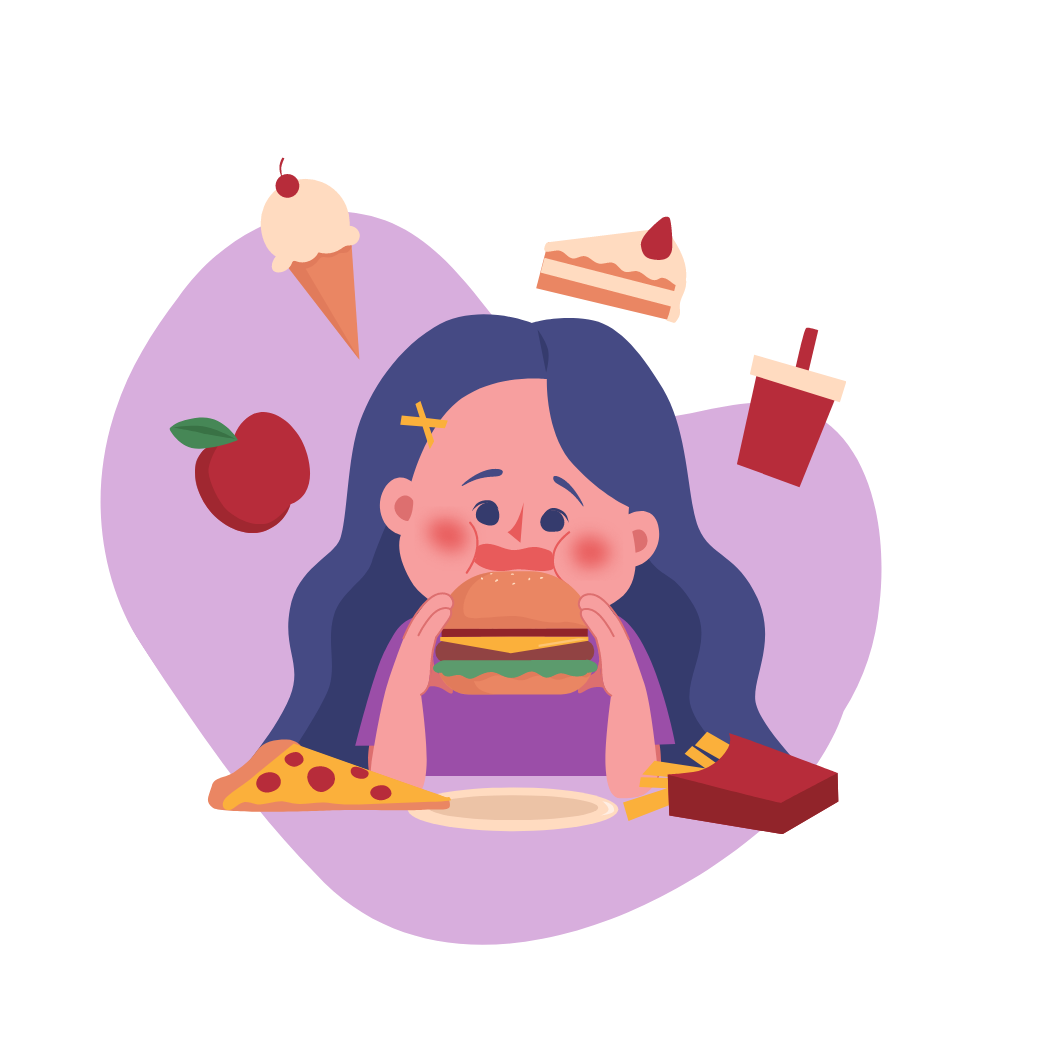 Binge eating is defined as eating more than what would be considered a normal amount within a 2 hour time span. Episodes occur on average at least once per week for 3 months and are usually marked by distress or anxiety with food.

In order to diagnose Binge Eating Disorder and assess severity, the DSM-5 has 5 criteria.

1. Recurrent episodes of binge eating, where an episode is characterized by both eating in a discrete period of time (any 2-hour period) an amount of food larger than what most people would eat in a similar period, and a lack of control over eating during the episode.

2. Binge eating episodes are associated with 3 or more of the following:

a. Eating more rapidly than normal

b. Eating until feeling uncomfortably full

d. Eating alone because of being embarrassed by how much one is eating

e. Feeling disgusted with oneself, depressed, or very guilty after overeating

5) The binge eating is not associated with the regular use of inappropriate compensatory behavior (purging, fasting, excessive exercise) and does not occur exclusively during the course of anorexia nervosa or bulimia nervosa

Once a patient has been diagnosed with binge eating disorder based on the above criteria, as well as other assessments completed by their provider, severity is assessed.

BED Severity is graded as follows:

If you have had these symptoms in the past, or are concerned that you may have this eating disorder, it is important to talk with your doctor. Binge eating disorder can be treated with a combination of psychotherapy, primarily CBT, and medication.